Have you ever cursed the bean leafrollers munching on your bean plant’s leaves? Have you ever marveled at the beauty of long-tailed skippers (Urbanus proteus) butterflies?

If so, you might be surprised to know that they’re actually the same thing! That’s right: bean leafrollers are the larvae of one of the most beautiful butterflies in the eastern United States: long-tailed skippers.

What is a skipper?

Skippers are active during the day, but their small powerful wings give them different flight patterns than butterflies. Butterflies tend to glide and float slowly and gracefully, whereas skippers dart about quickly and jerkily, appearing like a small butterfly on a caffeine overload.

A closer look at typical antennae structure differentiation between skippers vs butterflies vs moths, from left to right. Notice the hooked shape on the tip of the skipper antenna (left)

Long-tailed skipper: pest or pollinator or both?

It’s important to remember that the categories we assign to nature don’t necessarily mean that nature has to fit neatly into those categories. For instance, many predators also become prey; pest insects almost always serve essential and important roles in their particular ecosystems.

In the case of long-tailed skippers, the damage they do to bean plants is typically so insignificant that they almost don’t deserve to be called “pests” at all. But they are certainly wonderful pollinators to have in your garden. 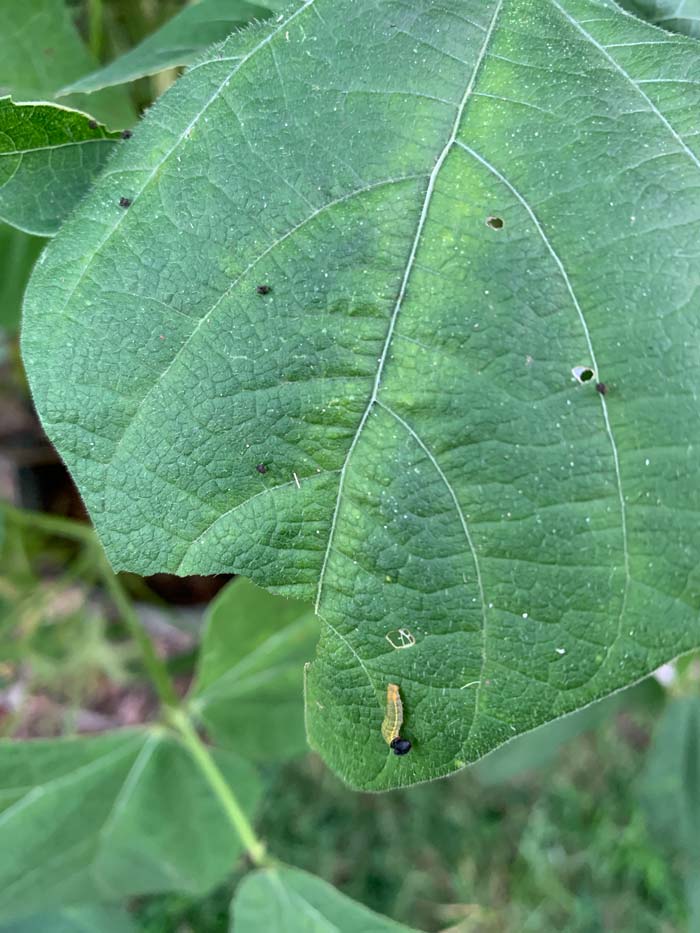 The tiny caterpillar at the base of this bean leaf is a bean leafroller, which has ventured out of its protective leaf pocket – perhaps for a fresh spot on the leaf or perhaps to make a new pocket.

We should also say that in addition to your bean plants, long-tail skipper larvae also enjoy eating other plants in the legume family such as highly invasive kudzu and wisteria.

If you’ve ever seen leaves on your bean plants with sections cut and folded over to create a pocket, then you’ve seen the work of long-tail skipper larvae/caterpillars, aka bean leafrollers. Inside that protected pocket, the caterpillar munches away.

Another key characteristic of the larvae is they have comically enormous eyes. 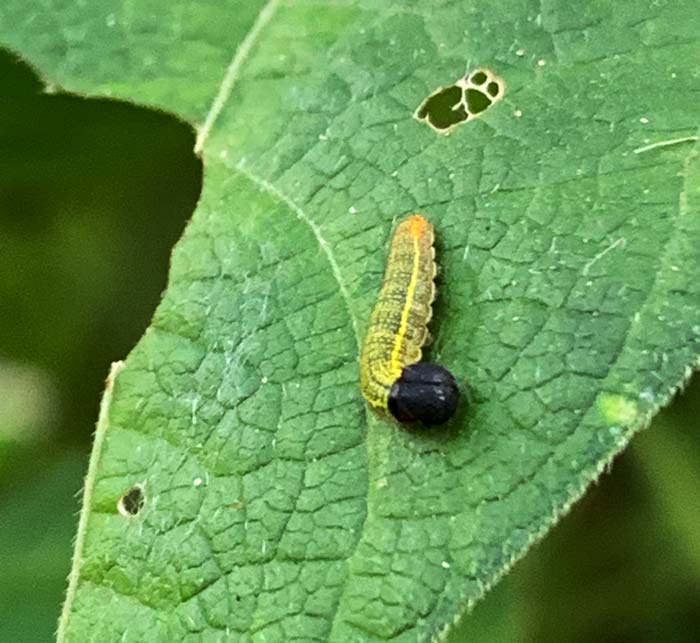 A closer look at the enormous eyes of the bean leafroller. It almost looks like a cartoon character!

So why don’t we consider these bean leafrollers to be serious pests to bean plants?

First, the majority of the caterpillars are eaten by predators or even killed by diseases before they’re able to do much leaf damage. This is especially true if your growing methods encourage lots of predators to call your garden or farm home.

Second, even those lucky few caterpillars who make it all the way to pupa-hood don’t tend to seriously harm your plants or inhibit bean pod production.

So if you happen to see bean leafrollers on your bean plants, please just monitor them with curiosity and appreciation, rather than spraying them poison or squishing them. Another option is to simply remove them by hand and place them on a nearby wisteria or kudzu plant. 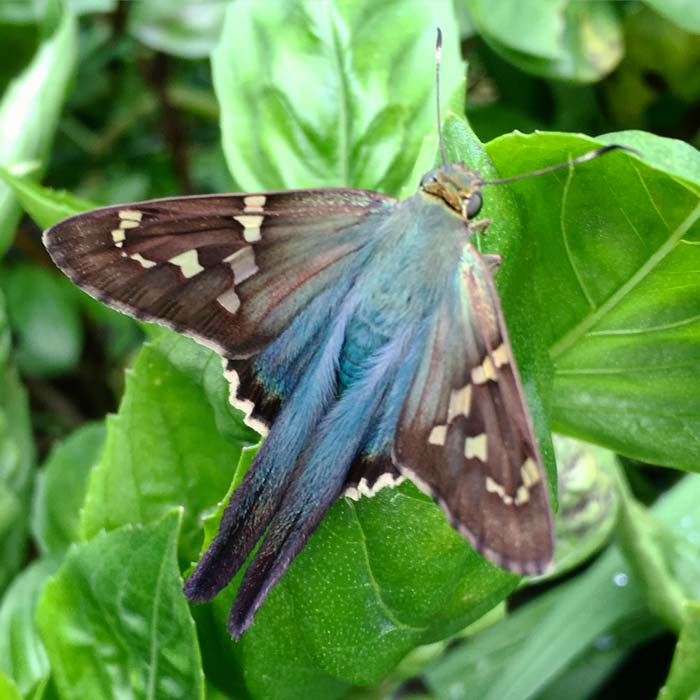 A closer look at one of the east coast’s most beautiful butterflies: the long-tailed skipper (Urbanus proteus).

We hope this article helps you easily identify and appreciate long-tail skippers and bean leafrollers at each stage in their lifecycle! We hope you welcome these pests to your summer garden and appreciate the extraordinarily beautiful pollinators they become.